An experienced journalist with an extensive background in delivering captivating, visual content, as well as persuasive online editorial writing with modern technology. Exceptional storyteller and interviewer who is ready to leverage 5 years in the field towards a new role. 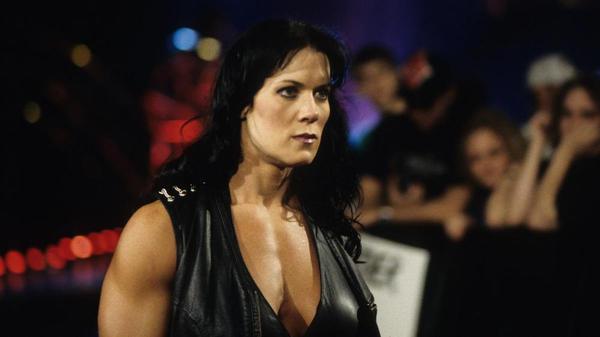 Chyna was without a doubt one of WWE’s most influential female wrestlers of all time. Gender aside, she was also one of the most notable figures in the WWE’s attitude era. Her unique presence, coupled with tenacity and skill inspired many female wrestlers after her to blaze their trail. With countless memorable matches including winning the WWE Intercontinental Championship two times, Chyna deserved every ounce of success gained in her fifteen-year wrestling career. All of those achievements led 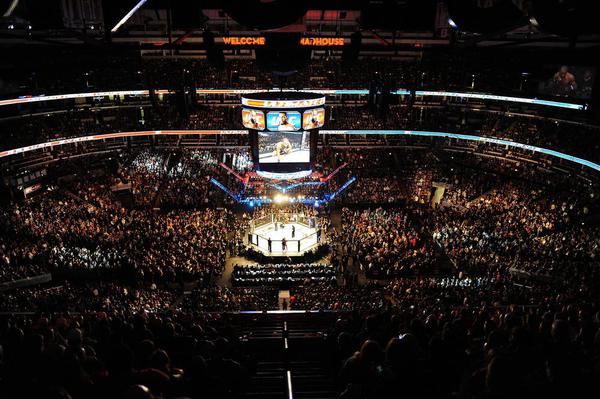 Zuffa and the UFC appear to be heavily cracking down on piracy issues surrounding the promotion’s events for purchase. Court documents reveal that the UFC has a lawsuit against O2 Hookah & Cafe which is a lounge in Houston, Texas. The lawsuit was filed on October 4th, 2019 in reference to an illegal showing of UFC 229. Featuring UFC lightweight champion Khabib Nurmagomevdov vs. Conor McGregor, UFC 229 is one of the most successful cards that the promotion has ever had. The O2 Hookah Cafe is lo 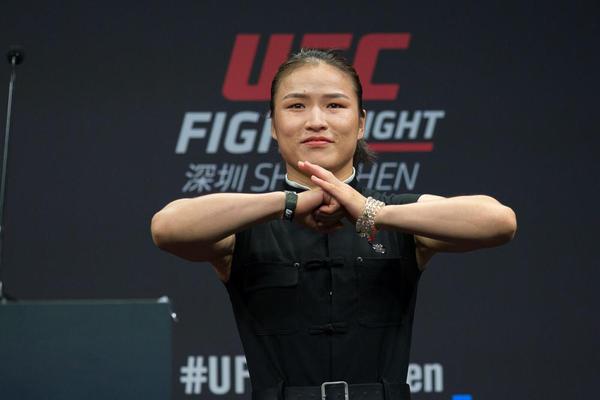 UFC strawweight champion Zhang Weili is more than just the owner of a UFC title. In fact, she’s one of the unique treasures in the sport that has made her impressions in other avenues of culture. Fight fans will perpetually appreciate Weili for her powerful striking and crisp movement inside of the UFC octagon. Some may even simply look at her as the UFC’s first Chinese champion. But, those who plunge below into the underground community of fashion understand another layer of Zhang. Being a UFC 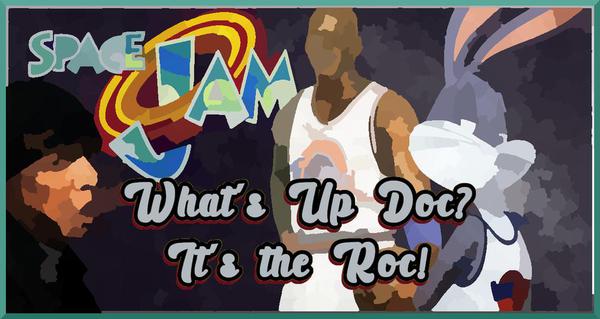 Jay-Z Revealed As Ghostwriter for Bugz Bunny in "Space Jam"

Rapper Jay-Z Revealed as the Ghostwriter for Bugs Bunny on Space Jam Soundtrack Fly like an eagle! Time keeps on slippin'! For 90s babies, Space Jam is one of the most iconic flicks of their youth. Rare are the circumstances when one of the most prosperous cartoon companies of all time colludes with the most prominent athlete to produce a child-friendly banger. But, a little known fact is that the greatest rapper of all time played a modest part in the project as well. Bugs Bunny, Michael Jorda 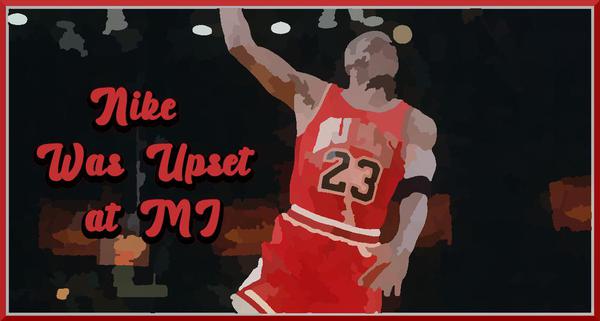 Nike Was Disappointed During Jordan's First Retirement The Chicago Bulls endured a significant blow to their franchise in '93. Things were going well, as the Bulls reached the pinnacle of the NBA for a 3rd straight time. But, the best player or their team, and the best player of all time wanted to hang up his jersey. Michael Jordan was the NBA's biggest superstar of the 90s. So, it was a major surprise when Mike told the Bulls that he’s moving on from the league. MJ leaving the NBA didn't just 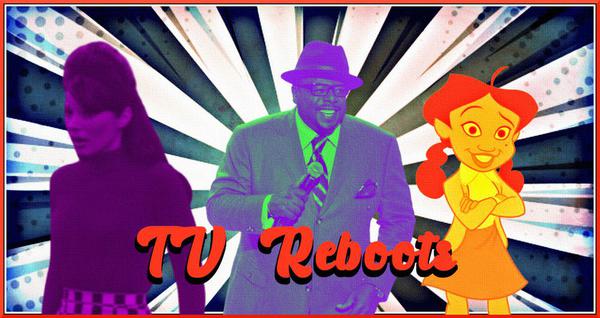 Hollywood has no shame when it comes to pulling the plug on original television programming. Have you ever watched a show and attempted to discuss it with friends or co-workers? They gaze at you as if you've entered the workplace inebriated. Or, banged your head and need medical assistance. Regardless, sometimes the shows that we love gets mopped beneath the rug due to budget cuts, bad ratings, or it's greatness ran its course. Canceled television programming doesn't mean the show was poor. And, 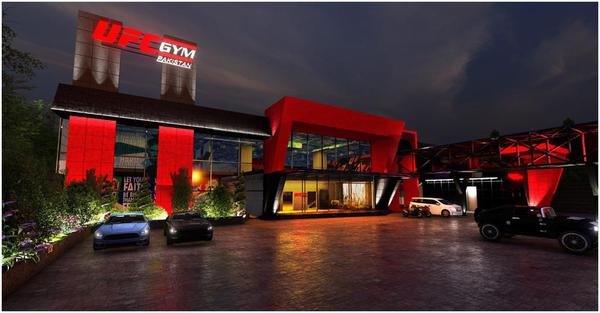 UFC gyms around the world are popping up universally. From the continental US, all the way to Pakistan. However, these gyms are franchises that are independently owned, away from the internal operations of the original UFC brand. The story we obtained documents the shady secret operations of a UFC gym in Pakistan, or lack thereof. This mind-blowing story features MMA fighter Dominque “Fallen Angel” Robinson and serves essentially as documentation of false promises, lies, and unlawful restraint. 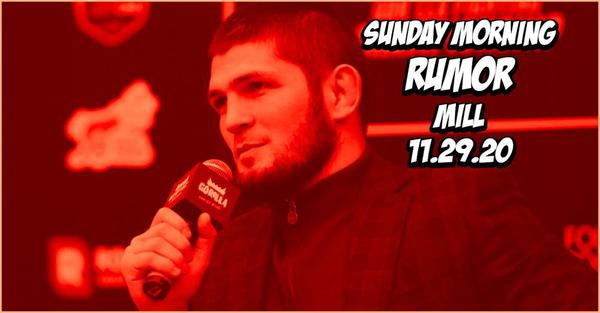 Last night was busy for fans of combat sports. While the UFC stuck to their usual schedule, fans were also treated to the return of Mike Tyson in the sport of boxing. Anthony Smith was able to get the job done against Devin Clark. While both Tyson and Roy Jones Jr fought to a draw. Although the result was disappointing, it was expected. Just like this edition of the rumor mill, which is always expected to come through with the hottest news. As always these are rumors that have been talked about 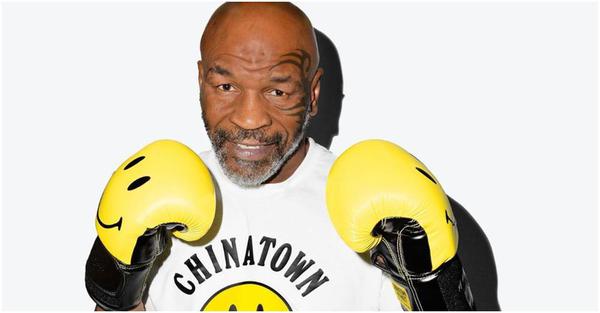 Sometimes legendary entertainers have a hard time adapting to the current version of the sport or music genre they were apart of. In fact, in many cases, the stars of yesterday chastize up and comers who are carving their own paths in the industry. Usually, a lack of respect for the forefathers or neglecting the path blazed for the new school are reasons why legends get upset. But, Mike Tyson believes that Youtube fighters like Jake Paul are saving the sport of boxing with their massive draw pow 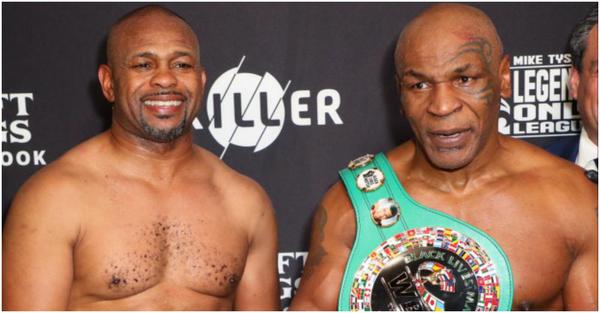 (Video) Mike Tyson Admits to Smoking Weed Before Roy Jones Jr Fight: "It's Just What I Do"

Whether in-competition or out, Mike Tyson loves his weed. Look all around him, and it’s clear to see the importance of marijuana in his life. From his Tyson Ranch cannabis resort to his “Hot Boxin'” podcast where he and his guests converse and smoke weed is basically part of Mike’s life. That’s why it’s not much of a surprise that Tyson smoked weed before he competed in his comeback fight against Roy Jones Jr. Tyson vs Jones was one of the most anticipated fights of the night, going head to hea 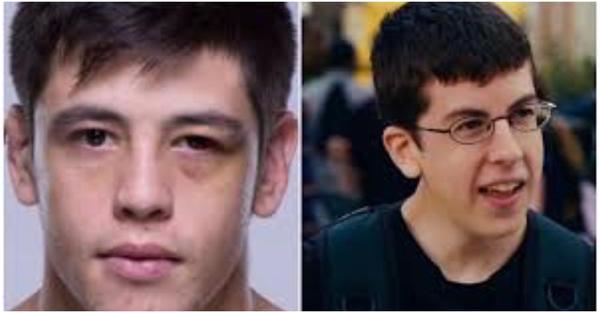 “The Assassin Baby” is one of the freshest nicknames in all of mixed martial arts. Especially due to how well the moniker fits UFC flyweight, Brandon Moreno. However, fans have noticed that Moreno may resemble a character from a popular comedy film. Which, is why Moreno jokingly mentioned that he would contemplate changing his nickname to “Mexican McLovin.” Moreno is coming off of a massive victory against Brandon Royval. During their encounter at UFC 255, Brandon was able to pull off an impres 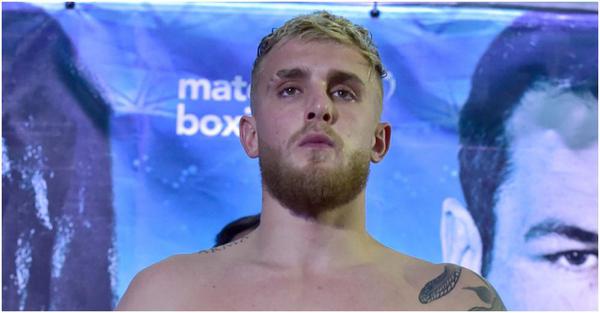 Jake Paul had a plan for his boxing career before Mike Tyson decided to return inside of a boxing ring. On countless occasions, Paul has stated that he would like a step up in competition to prove his countless hours of preparation aren’t for nothing. After brutally knocking out Nate Robinson, Paul called out the likes of Conor McGregor, Jorge Masvidal, and Ben Askren. However, former UFC double champ Daniel Cormier believes that Paul has no shot against McGregor, but could beat Dillon Danis. D 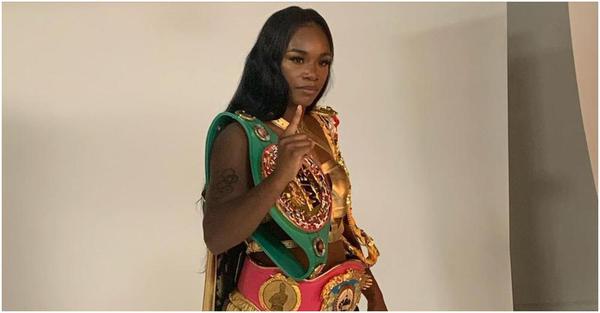 Claressa Shields is often regarded as the greatest female boxer walking the planet. In fact, some would include her on the pound for pound rankings with men. Often times, MMA fans remained curious to see Shields compete inside of a cage or octagon against MMA fighters. Now, Shields has signed with the PFL and will make her MMA debut with the promotion. Many fighters have carried the torch for women’s boxing but none have waved the flag more than Claressa Shields. As one of the most dominant and 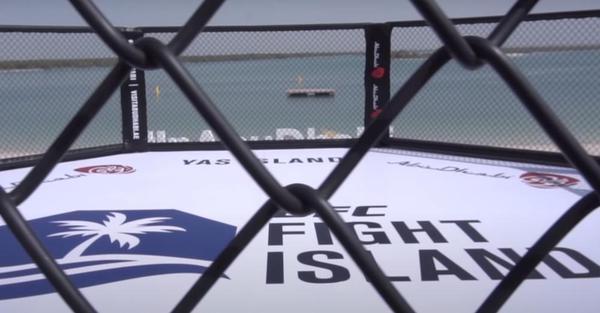 Earlier in the month, UFC President Dana White claimed that Conor McGregor would have a massive UFC return. He hinted that parties, concerts, and other festivities would occur similar to the fanfare of International Fight Week. Now, reports are swirling that the UFC will kick off their 2021 campaign of fights at their world-famous Fight Island location. Sources confirmed to MMA Journalist Cole Shelton that the January 16th fight card, as well as UFC 257, will take place on Fight Island. This is 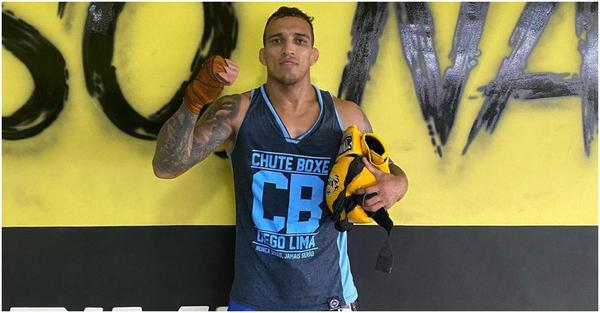 Charles Oliveira is ready to compete for a UFC title, especially if he defeats Tony Ferguson. Oliveira is set to take on Ferguson at UFC 256. According to “Do Bronx,” if he beats Tony, he should easily be able to obtain #1 contender status in the UFC’s lightweight division. Oliveira recently spoke with MMA Fighting. During the conversation, he spoke about the implications of the fight. As well as, stating his case as to why he should be the #1 contender within the division if he ends up victori 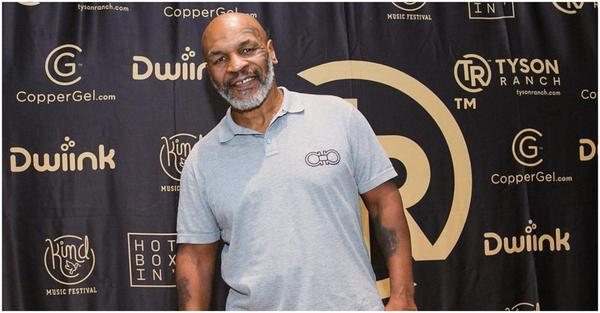 “Iron” Mike Tyson is a much more peaceful man during these current times. In the 90s, no man would dare test Tyson with empty threats on social media if it existed at the time. And certainly, no fan would be dumb enough to try and start a physical altercation with Tyson. However, at the age of 54, a fan swung on Tyson and attempted to run away after Mike made his triumphant return to the sport of boxing. Tyson vs Jones was one of the most anticipated fights of the night, going head to head agai 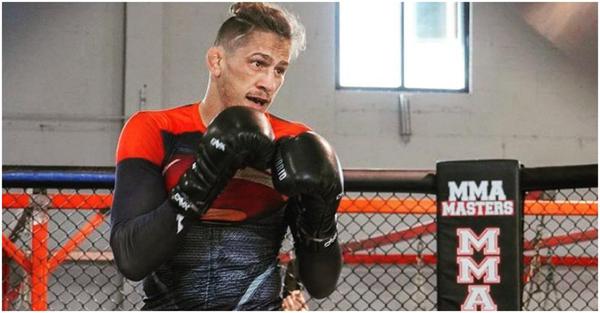 A host of UFC fighters are in hot water and have been suspended for their usage of marijuana. The Nevada State Athletic Commission has now placed Niko Price, Kevin Croom, and Contender Series fighter Jose Flores under suspension according to reports from John Morgan. Which, of course, isn’t rare in the MMA space. For Price, the six-month suspension also comes with an $8,500 fine. As constraints on cannabis continue to decline, its usage is only increasing among mixed martial arts (MMA) fighters 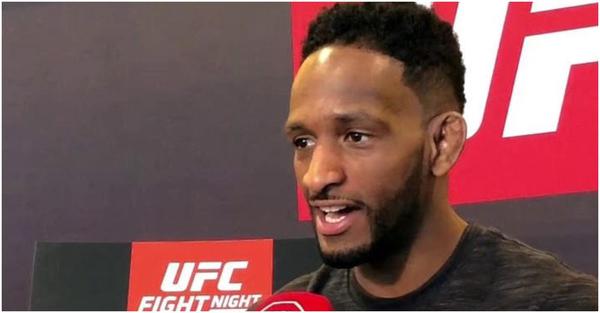 Matchmaking for Khamzat Chimaev in the current UFC climate seems more difficult than easy. Top-ranked fighters in the division don’t feel like they benefit from the fight. On the other hand, the organization is ready to turn Chimaev into a headlining act, and can only do so against formidable competition. Khamzat was finally able to secure a top contender bout against Leon Edwards. However, Leon tested positive for COVID-19, leaving him unable to compete. Which, opened up the floor for Neil Magn 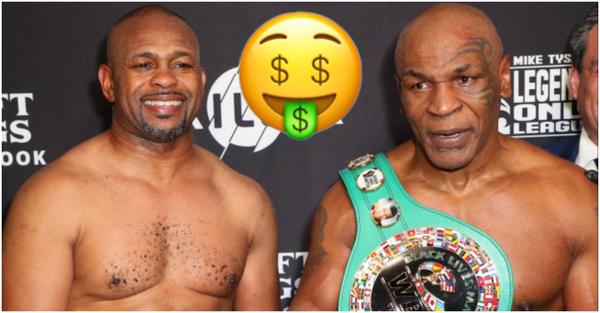 Report: Mike Tyson vs Roy Jones Jr Generates Over 1 Million PPV Buys Across the US

Whether fans were okay with Mike Tyson vs. Roy Jones Jr ending in a draw or not, the night was still a massive success. The event provided entertainment in the form of fighting, musical performances, and guest expert commentary. All in all, the return of Tyson delivered from an entertainment standpoint, as well as financially with over 1 million pay-per-view buys. Tyson vs Jones was one of the most anticipated fights of the night, going head to head against the UFC’s Vegas 15 card. The card was 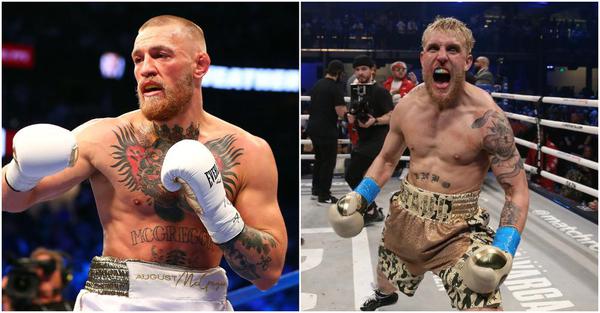 Jake Paul Plans to Become Highest Paid Prize Fighter Ever: "I Am Dedicating My Life to Beating Conor McGregor"

In the eyes of Mike Tyson, Jake Paul is a contributing factor that helped save the sport of boxing. His gigantic platform provides a mainstream outreach of fans that even the most elite fighters in the world can’t achieve. Mostly known for fighting other Youtubers or ex-athletes, Paul wants to be taken seriously in the world of boxing. So far, he’s called out the likes of Jorge Masvidal, Ben Askren, and Conor McGregor. However, Paul’s mind is fixed on fighting Conor and is making it his life’s m
Load More Articles
Close ✕